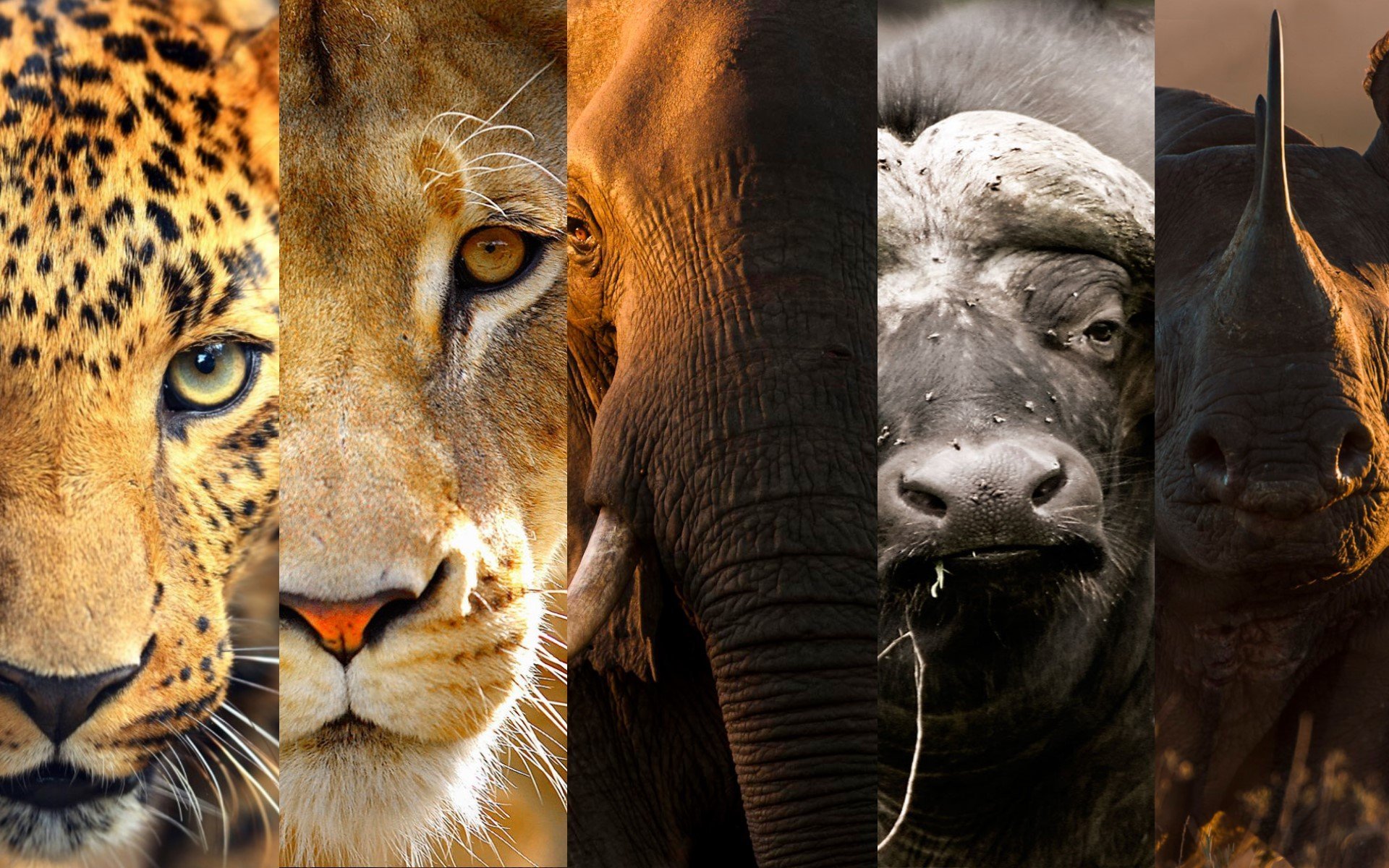 The phrase ‘Big Five Game’ was coined by big game hunters to refer to 5 most difficult animals in Africa to hunt on foot. The term has since been adopted by Safari tour operators to pitch their safari packages with huge success.

The Big Five include the Lion, African Elephant, Cape Buffalo, Leopard and Rhino. According to an article on Wikipedia, these animals were chosen for the difficulty in hunting them and the degree of danger involved, rather than their size.

Fabulous stories have been told of these ‘big’ animals of Africa – all resident in Kenya by the way. From their fabled tenacity for survival to their ferocious nature, they have became a part of African legend.

There are things about them though that are rarely talked about and this article revisits the great story of Africa’s Big Five and retells it from a very different perspective that will surprise if not shock you. 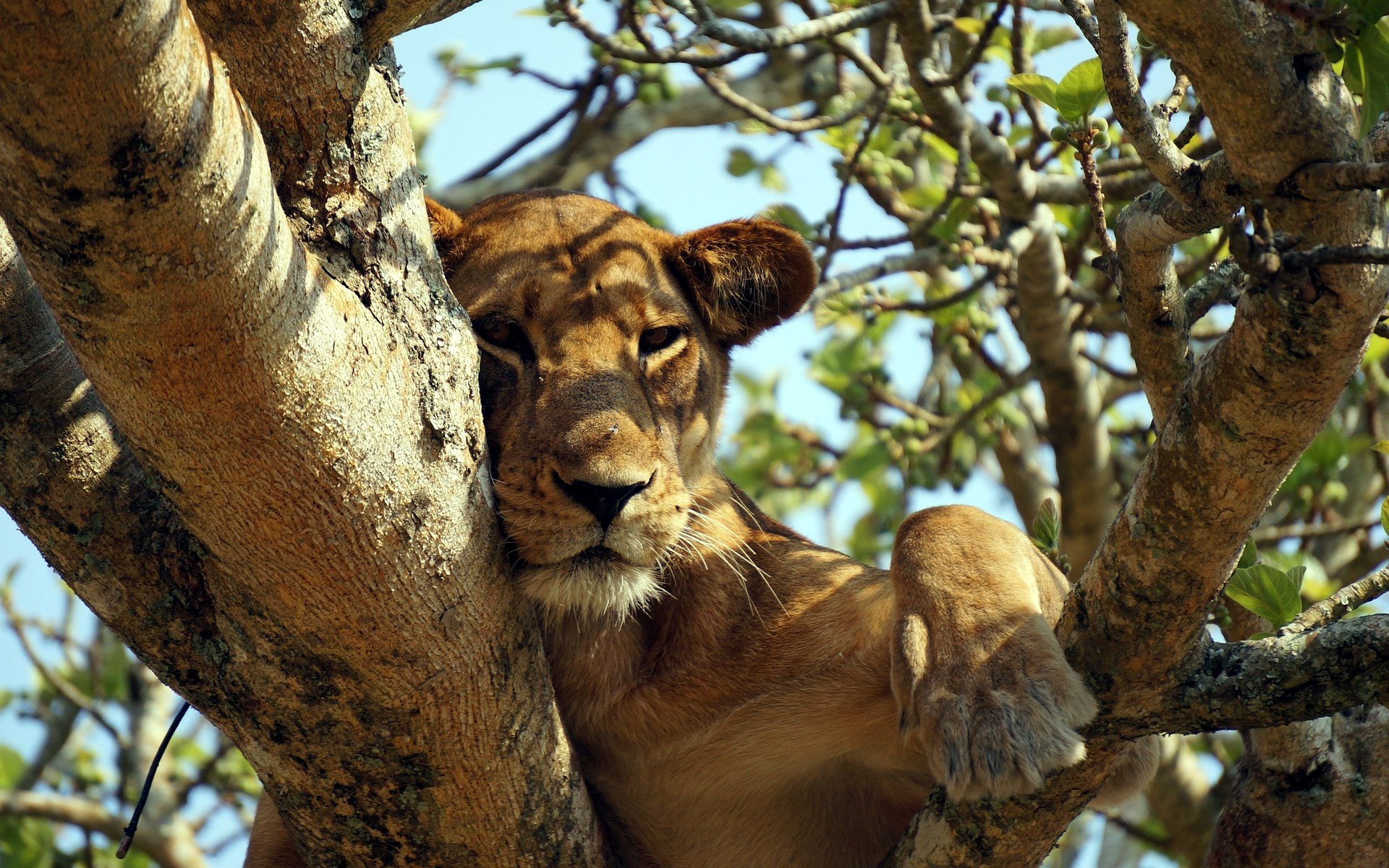 You have of course heard all about the African lion and how its majestic stature aptly affords it the title of ‘King of the Jungle’. You have also heard how ferocious and powerful it is – they (those who spend their entire lives studying the mechanics and schematics of a lion’s body) even say a lion never uses its full power during a kill because doing so would be too devastating to its victims.

Yet this otherwise tough and big animal that is portrayed as a full time hunter actually spends, on average, between 16 and 20 hours of its time resting! Lions are very social animals and tend to live in prides of related members but did you know that the males in a pride are poor fathers-in-law?

Once the young and more energetic bachelor males overpower the older leader of a pride, they slaughter all the existing cubs within the pride. Some say they do this to ensure all future offspring will have their genes while others say by doing so, the females come on heat faster and the young guys, full of energy to waste, can get a chance to mate with them.

The roar of a lion is a respected phenomenon – one that Hollywood never lacks creativity in exhibiting. But did you know that a lion cannot actually roar until it is 2 years old? It is only once it reaches this age that that chilling and mighty bellow of the king comes to life – then it can be heard up to 8.5 KM away!

But I am pretty sure you did not know that what scares this mighty creature is surprisingly such a small animal, it is almost unbelievable. The lion’s worst enemy is the porcupine. A porcupine’s quills often end up in the lion’s jaw where they get stuck for the life of that lion causing untold suffering to the feline and so the mighty king does his best to keep away and does not mind being branded scared in this case. 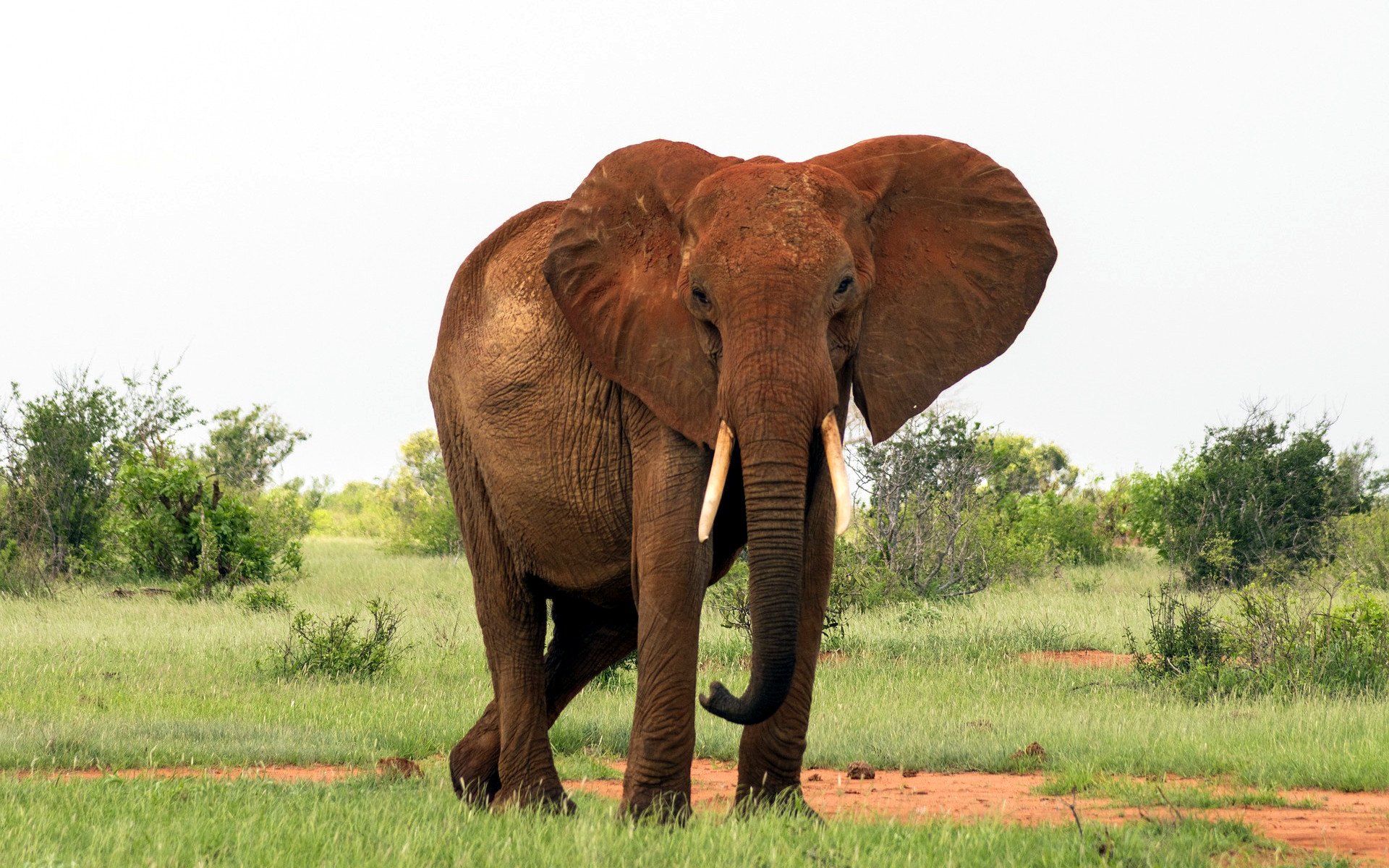 The African elephant is a formidable beast to those it calls its enemies. Proudly occupying the position of the largest land mammal known in existence, the African jumbo knows no match except for man who threatens its very existence. Yet this gigantic mammal has poor eyesight with a range of a mere 25 feet.

The elephant is not all serious and no play. Elephants, like Parrots, have been known to mimic sounds they hear in their environment. A herd of elephants in Tsavo National Park, which is quite near the Mombasa highway in Kenya, were making truck sounds – probably from the hauler trucks that use the road quite often.

Amazingly (and even I did not know about this until very recently) an elephant is the only animal on earth with 4 knees! But the most amazing documented fact about elephants is that they are homosexual! Apparently this trait is quite common among animals in the wild and there are numerous pieces of well-researched and documented evidence of this.

Baby elephants are initially blind and some take to sucking their trunk for comfort in the same way that human infants suck their thumbs. How amazing! 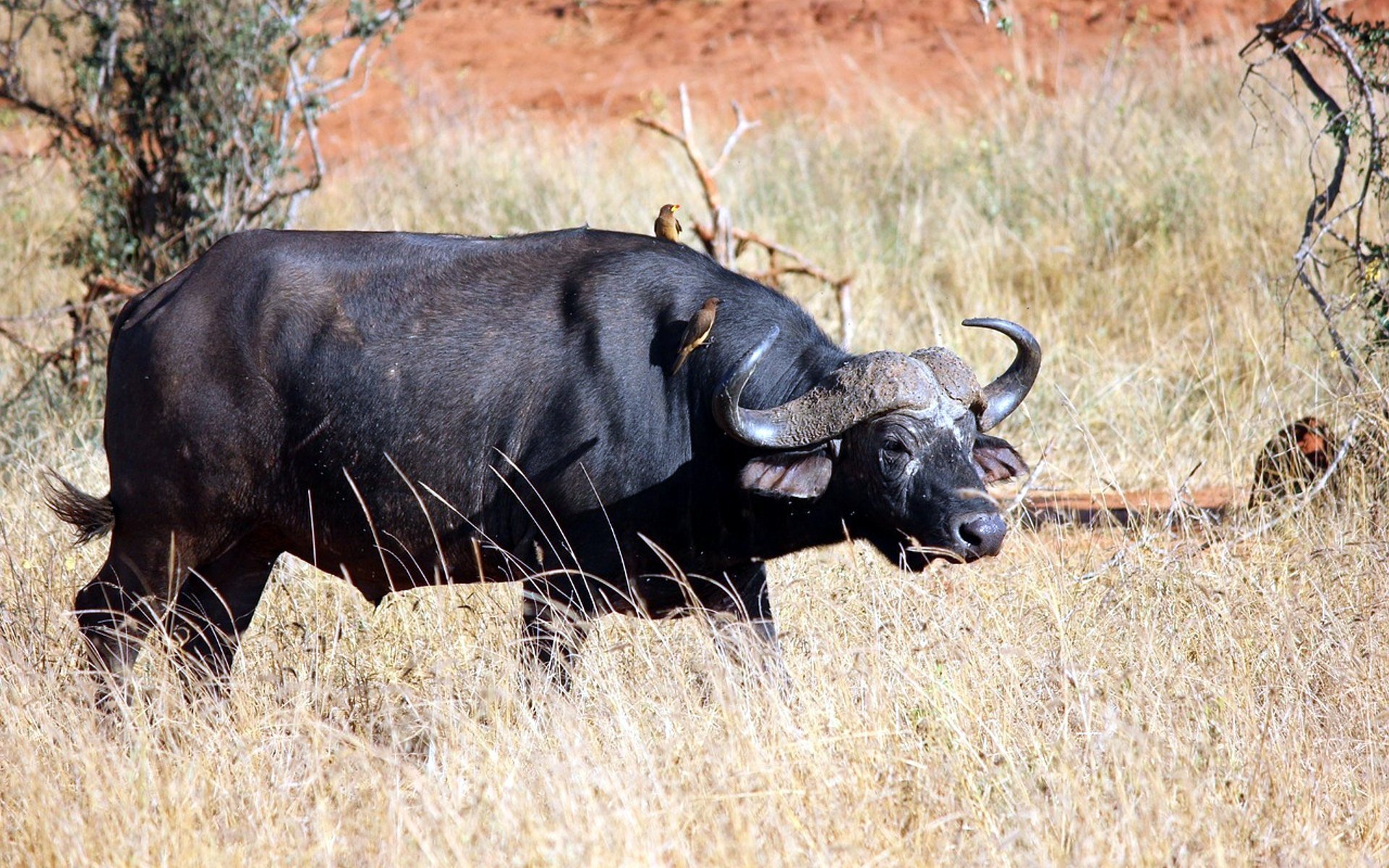 Often publicised as the most dangerous of the Big Five, the massive, ill-tempered Cape buffalo (also known as the ‘black death’ or ‘widow maker’) ranges throughout the Savannah regions of sub-Saharan Africa. Though generally a calm grazer, this ox-like bovid displays crafty and savage behaviour when injured or threatened.

A full-grown bull will easily stand 5 feet at the shoulder, measure 10 feet from nose to rump, and weigh close to 725 KG. Here is where it gets interesting. Contrary to popular belief, the African buffalo is not the ancestor of domestic cattle, and is only distantly related to other larger bovines.

Buffaloes surprisingly have smooth tongues. That age-old story about them possessing a sandpaper-like tongue that can lick skin off a man is just myth.

While an elephant never forgets, a buffalo never forgives. There is documented evidence of people being attacked by buffaloes years after they harmed the animal. Did you know that? 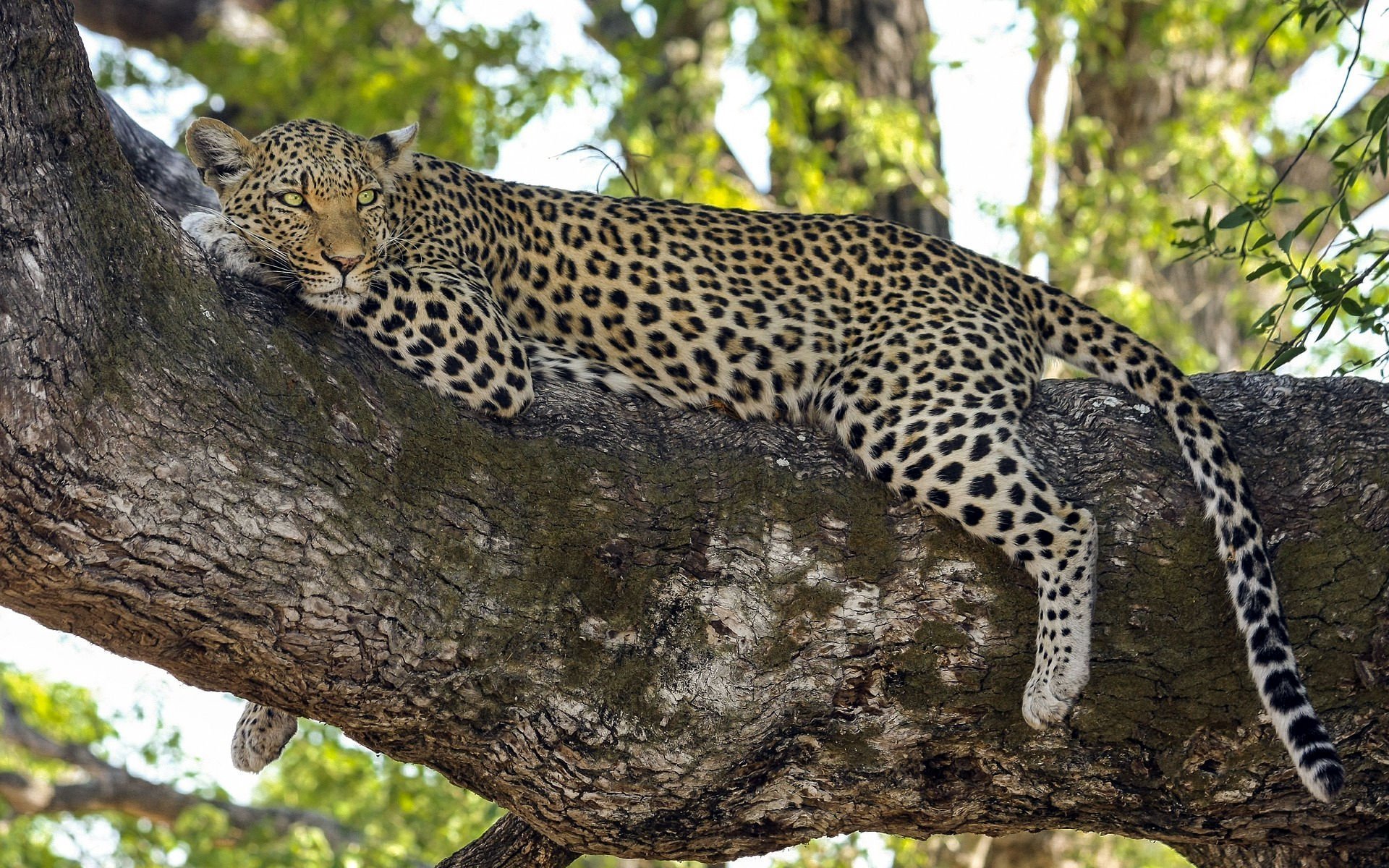 The leopard is known for its stealthy, cunning and adaptable nature which makes it the ultimate cat. It is able to live in a wide variety of habitats, from semi-desert to tropical rainforests. Because of this versatility, it is the most numerous of Africa’s big cats yet the most rare of the Big Five – one you are most likely going to end a safari without seeing.

Leopards are known to carry prey almost their size and weight up a tree for safe keeping. This however is not always the case. When there are no large predators or vultures in the area, a leopard will leave its kill on the ground covered with loose soil or leaves.

Although it’s the ultimate killer, preferring to hunt and eat fresh kill, leopards will also scavenge if necessary, stealing kills from cheetahs, lone hyenas and any of the smaller carnivores.

Leopards tend to store excess food which they eat later but they have been observed killing again before the first carcass is completely eaten. This trait makes them the only members of the cat family that seem to kill for the fun of it. 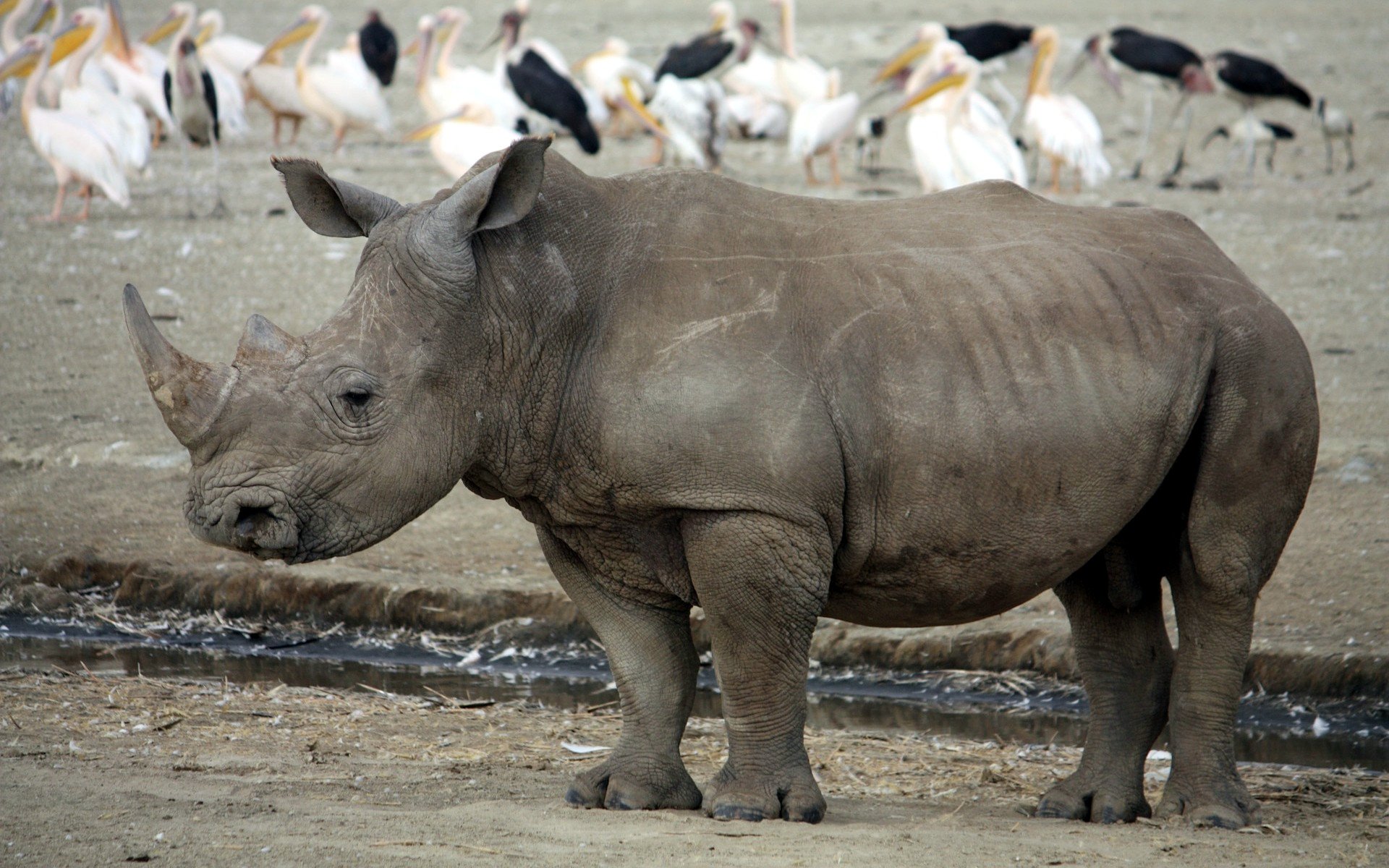 We all know that black rhinos are an endangered species in the wild. What might be new to most is that besides poaching, which is by far their greatest threat, the other cause of death is in-fighting among the same species. 50% of males and 30% of females die from these intra-species fights.

Finally, did you know that rhinos are related to horses, zebra and tapir? Well, now you know.

This is the other side of the Big Five travellers rarely get to hear. It is the softer side of the legends of the African wild which I hope will only rekindle the nostalgia of the great African safari that is never complete without a sighting of the BIG FIVE. 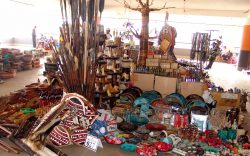 3 Places to Shop for Souvenirs in Nairobi 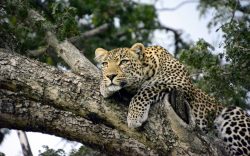 The Leopard is Truly Nature’s Master of Stealth 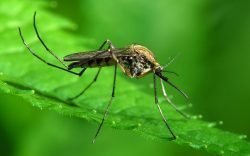 6 Ways You Can Avoid Malaria on a Kenyan Safari

Get our monthly eZine and be up to date on our latest travel offers, news and many more.