Throughout the history of the Pokot, their nomadic lifestyle has brought them into contact with many other peoples from the region. Intermarriages between them and their neighbours have led to the intermingling of social customs, mainly from the Turkana and Karamojong peoples.

The Pokot society is governed through a series of age grades, and membership to any specific group would be determined by the age at which one went through their initiation into that group or society. For the men, it is usually between the ages of 15 and 20, whereas for the women, it is around 12.

Once initiated, young people can form matrimonial binds. They can also begin taking part in the local economic functions. There are close bonds formed within the initiation groups that are functional in future political ties as they move through the ranks of the tribal structure. When Pokot peoples reach old age, they get a certain degree of status and the respect that goes with that.

Elders have responsibilities to the rest, such as presiding over important tribal decisions, festivals and religious celebrations. Therefore, the Pokot are mostly cattle herders/farmers. Still, about a quarter are cultivators, mostly growing corn. Whether a cultivator or pastoralist, the measure of wealth rests on how many cows one owns.

Cows form a major barter item, which further goes into ‘bride wealth’. A man can marry more than one wife as long as he has enough cows to provide a bridal price.

While milk, butter, and cheese form an important part of the diet of the Pokot, they rarely slaughter their cattle for meat. The value of a living cow far outweighs that of a dead one in this community.

The Pokot believe in Tororot as the supreme deity. He is offered prayers and libations during various tribal festivals and dances that the elders oversee.

Within the community are also diviners that are responsible for maintaining the spiritual balance of the community. Diseases are either related to natural phenomena like certain mists or some supernatural power from the shadows of dead people.

The Pokot are also superstitious and believe in sorcery. Therefore, they call on various forms of protective talismans to ward off the ill will of any sorcerers. They also revere other deities such as the sun, moon and the spirit of death.

There is an emphasis on the force of the psyche as a determinant of disease. The Pokot believe that ceremonial cursing, in particular, has the power to induce illness and sometimes death. This kind of thinking has its benefits in society. For example, the belief that the shadow of a woman who has just lost a child is dangerous may serve to reduce the spread of infectious diseases.

There are several categories of medical practitioners in Pokot society:

Recently, there has been an erosion of traditional practices. Some link this to the 1983 completion of a tarmac road through the district. This has been accompanied by changing patterns of existing diseases. The Pokot are also ailing from previously unknown diseases. 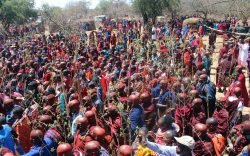 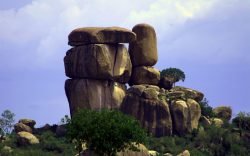 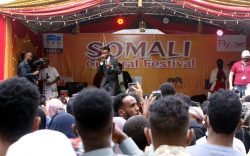