5 Things to Do at Sibiloi National Park

Sibiloi National Park is among the world’s greatest treasures because it bears proof of man’s origins. The 387,955-acre park gets its name from Mount Sibiloi. It was initially established by the National Museums of Kenya to safeguard unique prehistoric and archaeological sites. The Kenya Wildlife Service (KWS) now manages it. Sibiloi National Park became a celebrity park when in the 1960s Dr Richard Leakey and his team discovered some of the earliest hominid traces ever at Koobi Fora. His discoveries have become some of the most significant palaeontological finds of the 20th Century. In the 1960s and 1970s, palaeontologists discovered over 160 fossil remains of early man including Homo Habilis and Homo Erectus. These discoveries placed man’s origins to 3 million years. When you visit, make sure you do these five things.

Koobi Fora remains one of the world’s leading prehistoric sites for the study of the evolution of man. The name comes from the Gabbra people where it means a place of the Commiphora. The Commiphora produces the aromatic myrrh, the biblical frankincense brought to the child Jesus by the Magi as a gift. It is a common plant in this hot and arid area. Koobi Fora has yielded significant findings. The most notable being part of a skull about 2.8 million years old that may have belonged to the first known ancestors of modern man. Its catalogue number, ‘1470 know the skull’.

You can also see over 4,000 fossil specimens of mammals and stone age artefacts in this area, including those of a 3-toed horse. Look out for the shell of a giant tortoise dating back 3 million years ago. A set of jaws more than five feet long are equally fascinating. They belong to a crocodile over forty-five feet in length. The jaws date back to 1.5 million years. But the remains of the extinct Behemoth, the forbearer of the elephant with massive tusks, are a must-see. The remains also date 1.5 million years back.

Sibiloi National Park has its fair share of rare animals. The rare striped hyena kicks-off the list. The endangered Grevy’s zebra is the other. A few members of the Big Five such as the leopard and the lion can be spotted. Other animals you can see are cheetah, hippo, plains zebra, topi, Oryx, Lesser Kudu and Grant’s Gazelle.

At the volcanic 1,700M Mount Sibiloi sits a rare sight of the petrified remains of an ancient forest believed to be seven million years old. It is definitely worth a visit when you are here. The semi-desert habitat split by open plains dotted with volcanic formations provides bonus views you can take in.

4. Get Immersed in Unpolluted Culture

The area around the park is home to the Turkana, the Gabbra and the Dassanach communities with rich and unpolluted traditional cultures. Sometimes, in seasons of extreme drought, the Samburu and Rendille become a part of this cultural diversity. With prior arrangement, cultural tours of these people are possible. Alternatively, you can target cultural events that happen here annually. The Marsabit-Lake Turkana Cultural Festival at Loyangalani is a great event to experience all the northern cultures in one place.

5. Pay Homage to the Jade Sea

A visit to Sibiloi National Park offers you the golden opportunity to see Lake Turkana. The lake borders the park on its eastern shores. Lake Turkana holds the triple honour of being the world’s largest permanent desert lake. It is also the world’s largest alkaline lake and the world’s fourth-largest salt lake by volume. Many names including Lake Rudolf refer to it. The Samburu call it ‘Basso Narok‘, which means ‘Black Lake’. Because of algae particles which shift with changes in wind and light, Lake Turkana’s colour changes from blue to grey to jade hence its other name, the Jade Sea.

Before the new Nairobi-Marsabit tarmac, Sibiloi National Park used to be a three-day drive from Nairobi via Marsabit and North Horr, or Maralal and South Horr. Today the journey is much shorter. An alternative route would be from Nairobi to Kalakol on the lake’s western shores, via Kitale and Lodwar. From Kalakol, you can hire a boat to take you across Ali Bay. As always, visit the KWS website to get the latest park entry fees before visiting. 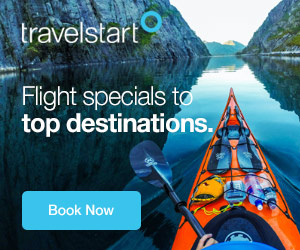