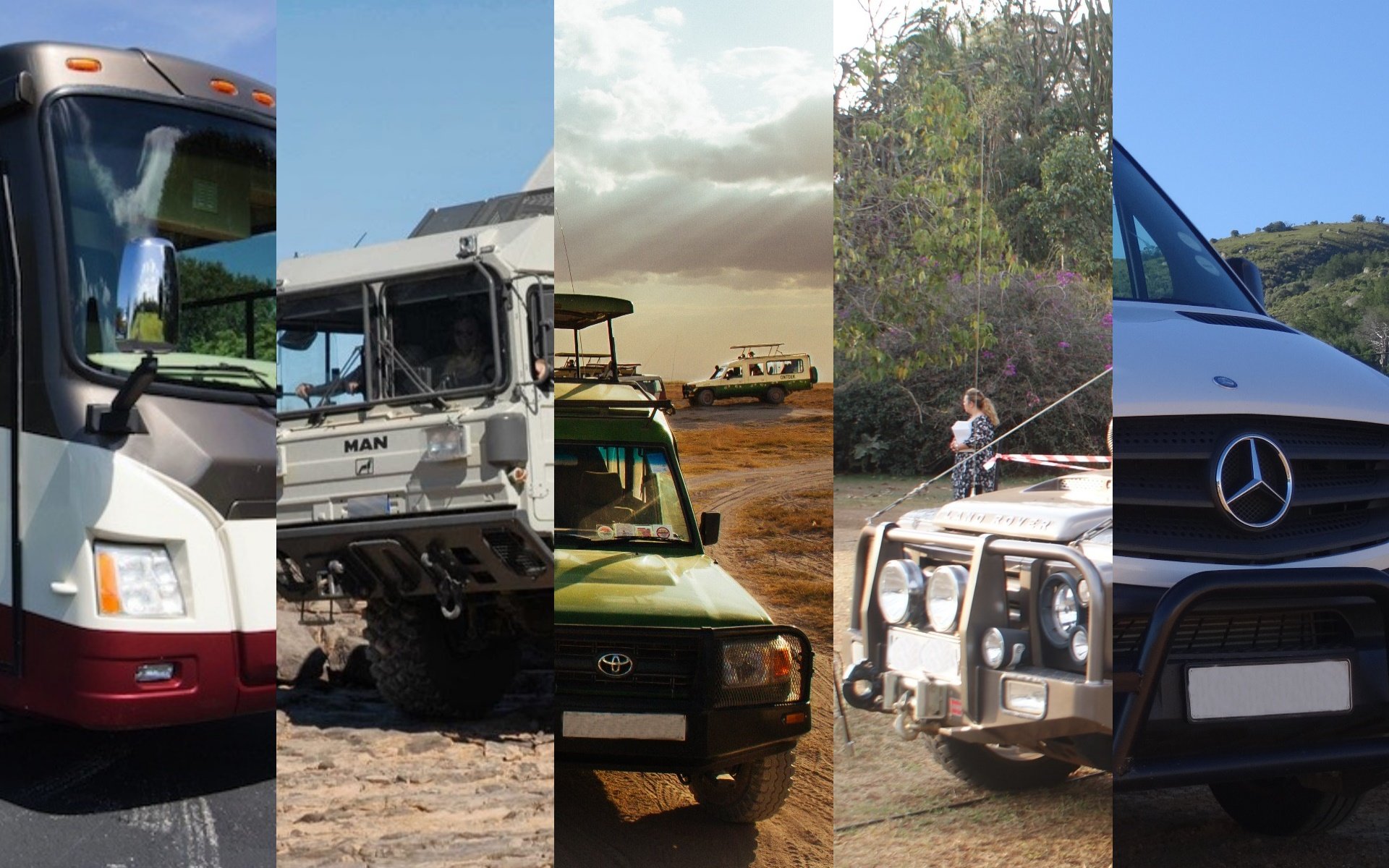 Finally our much awaited list of 5 safari vehicles you can comfortably rely on for a fulfilling, hustle-free Kenyan Safari experience is here! This list has been a long time in coming – in fact this will go down the history of the Safiri Kenya blog as the article that took the longest time to write – 1 year!

Nowadays there are so many vehicle models out there that making the decision on what to go for can be a daunting task. Any good travel guide worth its value in salt would tell you an SUV would be the vehicle of choice if you ever plan to come back from a Maasai Mara or Northern Kenya expedition. These places are seductively beautiful but they have a way of humbling a vehicle.

We know there is a high likelihood that the list we will offer below is nothing new to you. But stick around and you will learn one or two things you did not know that might just make all the difference in your next selection! 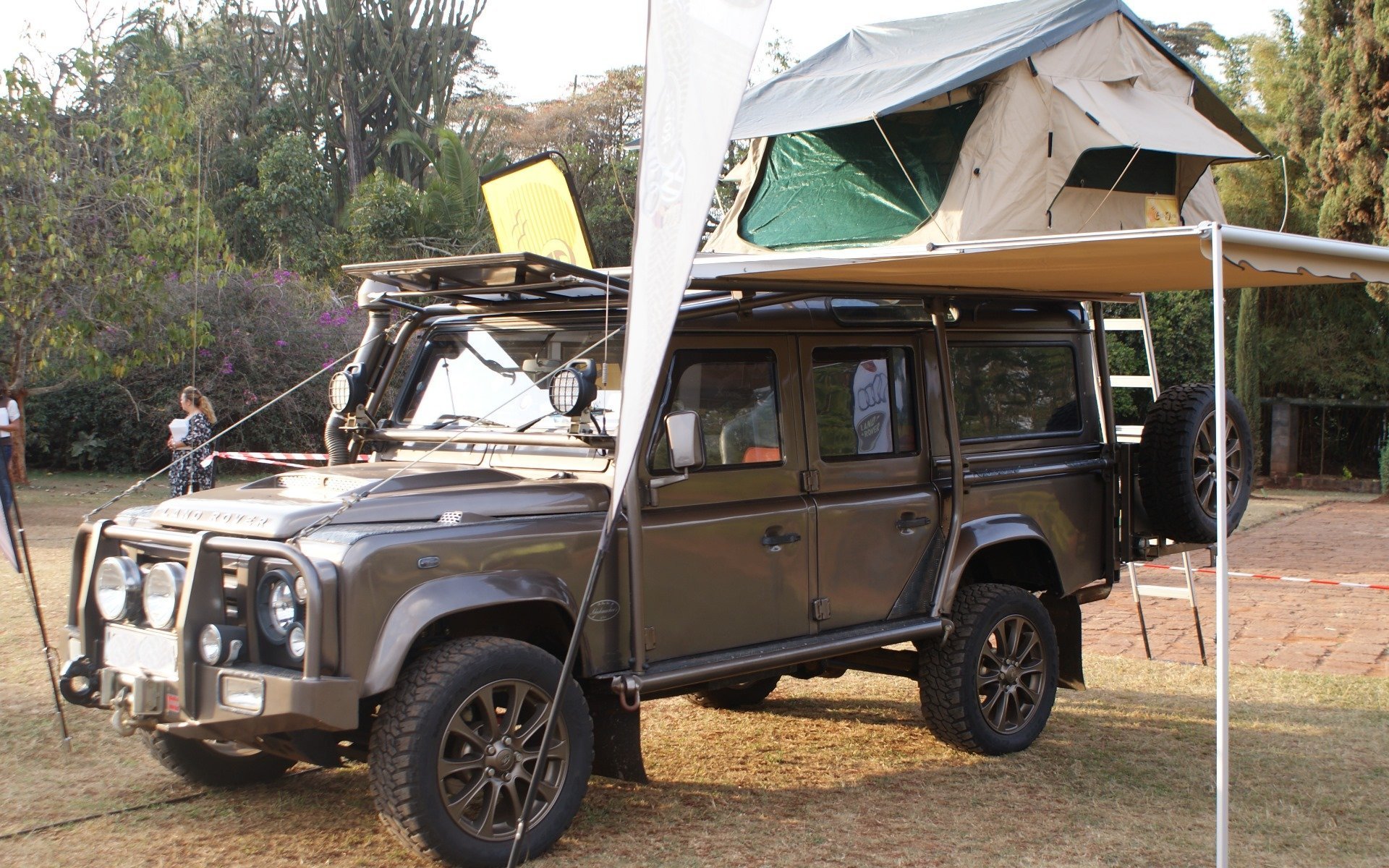 The story of the Land Rover Defender spans 67 years of a rich heritage since it came to being 3 years after the end of the Second World War. That story will, unfortunately, be coming to a sad end this year as the celebrated rover marks its last journey on earth as a brand.

Reasons cited by Land Rover for its inevitable exit include its high labour-intensive manufacturing costs, its huge carbon footprint that is not too kind to the environment and its equally huge price tag compared to its relatives the Freelander or the Discovery.

During its hay-days the Defender was recognised the world over as one of the best off-road 4 wheel drive vehicles ever made. Specifically built for over-lander and off-road purposes, the Land Rover Defender offers practicality and reliability while affording comfort with high levels of capability.

A number of features including an excellent suspension, very low ratio 4WD gear and good ground clearance makes the Land Rover Defender one of the best off-road safari vehicles. You will be surprised to know that this vehicle is statistically one of the safest vehicles on earth going by reported accident incidences! 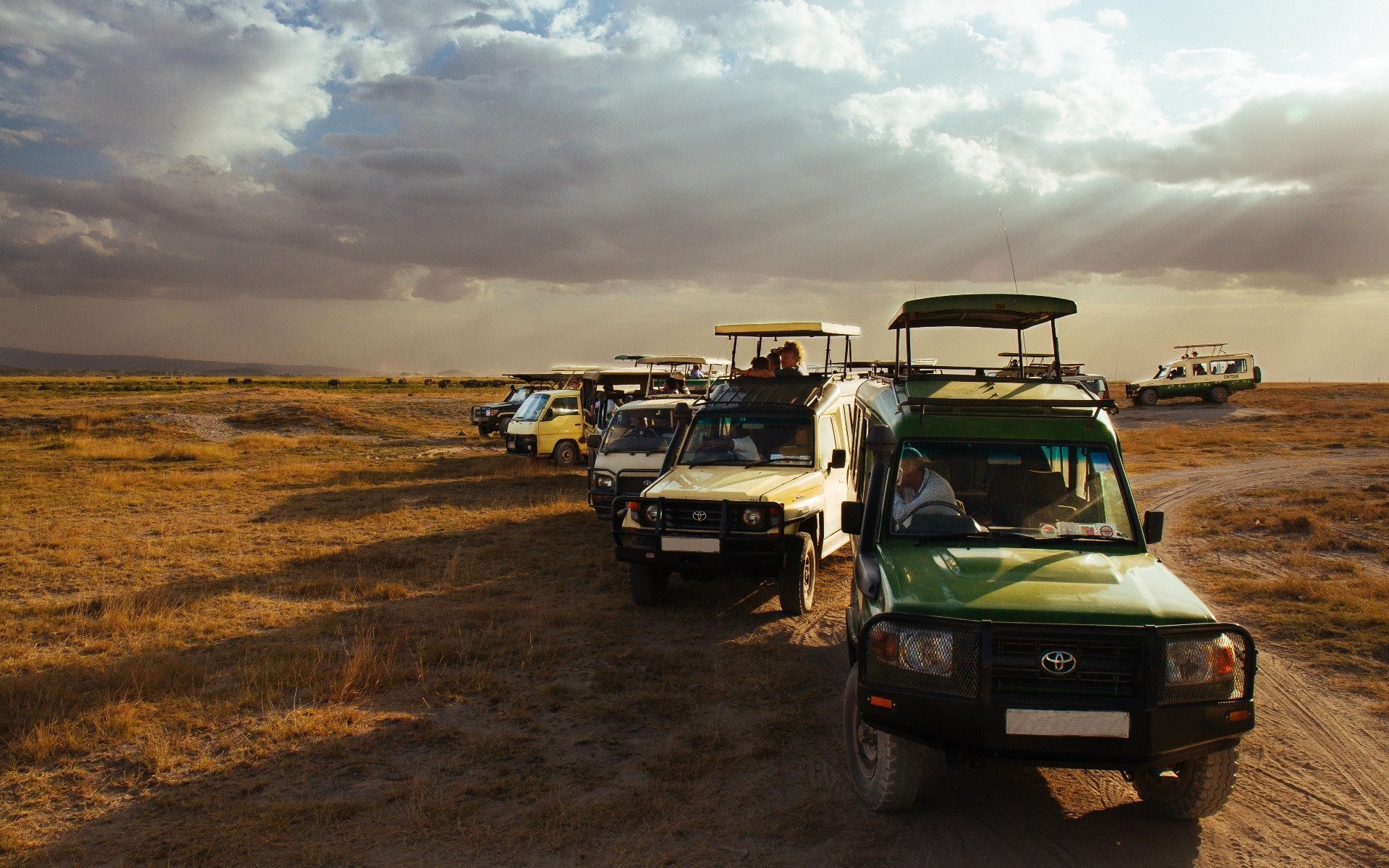 The Toyota Land Cruiser is the longest running series by the Toyota company and came to being when the Imperial Japanese Army, while occupying the Philippines in 1941, found an old Bantam Mk II Jeep and sent it to Japan where Toyota was asked to make a similar vehicle but to change its appearance.

The resulting Model AK prototype led to the birth of the Yon-Shiki Kogata Kamotsu-Sha, the grandfather of all Land Cruisers famously known as the Toyota AK10.

The Land Cruiser is the darling of tour companies. It can carry 5 passengers but the extended version can do up to 8. Some of the newer models also have pop-up roofs, for added viewing possibilities.

Being a 4X4, the Land Cruiser can easily negotiate the roughest terrain Kenya is known for but tends to perform poorly in a muddy environment because of its large engine that makes it heavier than the much lighter Land Rover Defender.

Land Cruisers have specially designed fuel tanks that allow for economical fuel use during long journeys. Some versions have snorkels that allow the entire vehicle to be submerged under water without a problem.

The Land Cruiser 70 Series Hardtop even has an ingenious dual fuel tank system that can easily be operated from a switch on the dashboard. Each individual tank carries 90 L of fuel, giving the Hardtop a staggering 180 L fuel capacity on any journey – a ruggedness you do not see in most safari vehicles definitely! 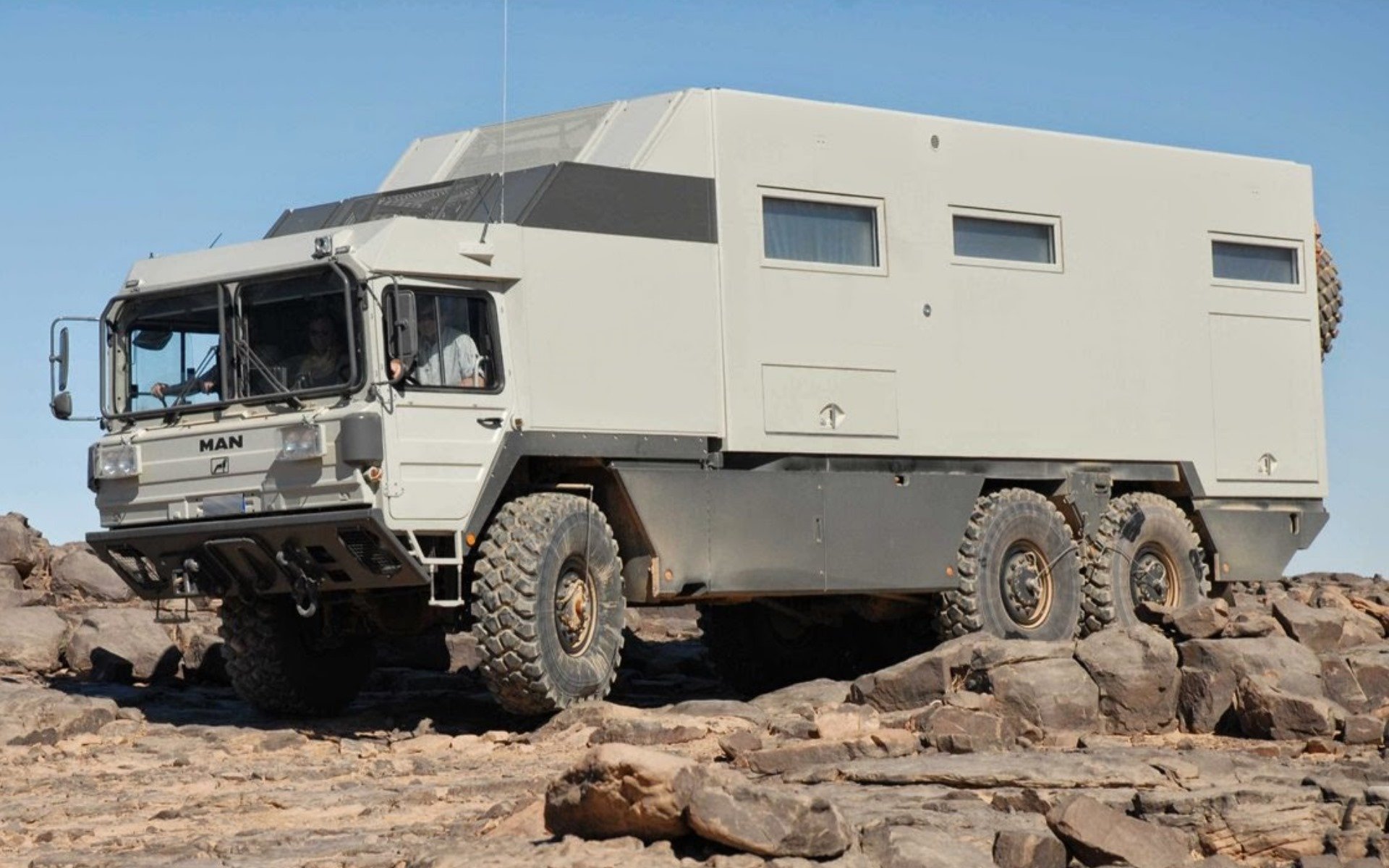 Without digging too much into any specific models – because there are quite a number – Overland Trucks are built to handle the beautiful ruggedness of an African overland safari, which usually takes longer and involves a larger number of between 12 to 44 people (smaller versions can go as low as 7 people).

Because of this, Overland Trucks are designed to balance the ability to carry a fair amount of equipment, a reasonable offering of comfort for the traveller while affording everyone (at least) good views of the passing scenery and wildlife.

Depending on design, a truck may have all forward-facing or side-facing seats. Some even have backward-facing seats. The seats are generally raised to allow for good views of the landscape, particularly in grassy destinations, where wildlife can be easily spotted.

They also tend to have large windows that open horizontally or vertically, enhancing the views even more. Many also have a pop-up roof which provides 360-degree views to take great photos of the passing scenery.

Most trucks come fitted with a ‘kitchen’ facility that over-landers can use to prepare meals. This comes as a fold-out under the seating area comprising a stove and hand dish-washing area. They will also have a fridge or freezer or cooler boxes to keep food and drinks fresh during the safari.

The lengthy nature of an over-landing safari makes lockable storage space for luggage and equipment very crucial. This is provided for in an Overland Truck, usually at the back of the truck. Obviously space is at a premium, so be sure to pack only the absolute essentials.

Also, when packing, use soft rather than hard luggage as it is much easier to fit into lockers and overhead compartments. Most overland trucks have a safe on-board for storage of valuables.

Modern overlanding trucks nowadays are equipped with modern gadgets for the modern traveller including iPod/MP3 points which allows the traveller to listen to their personal music as they watch the Kenyan landscape slide by. They also have on-board charging facilities for cameras, phones and tablets so you never run out of power on a safari. 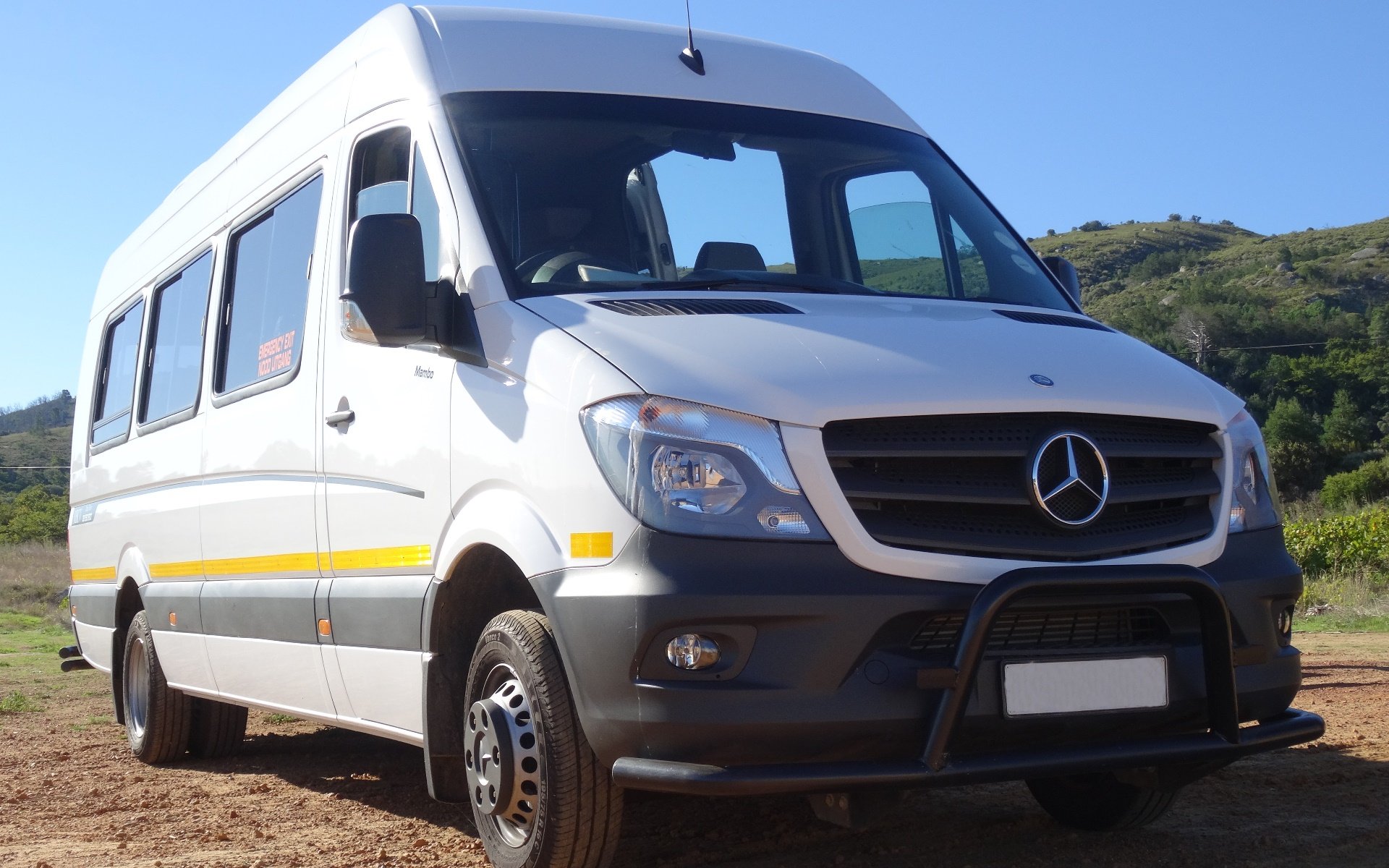 Adapted Micro buses such as the Toyota Quantum and Mercedes Sprinter are commonly used for smaller safari groups and shorter tours that do not go through hugely rugged areas. The optimal number in most of these safari vehicles is 6 to 10 people facing forward. The lower sitting capacity allows each traveller a window seat to maximise the viewing experience.

These micro buses are especially adapted for safari travel and are generally equipped with GPS tracking, sliding windows, cooler boxes, fire extinguishers and First Aid kits. They generally have a softer suspension than other safari vehicles, giving a slightly more comfortable trip. Many of them – especially in Kenya – also feature a pop-up top, allowing travellers to stand and view/photograph the countryside.

Some micro buses are fitted with air-conditioning. This is a welcome relief from the sweltering African heat, but may detract from the whole experience of Africa, as the windows will be closed, blocking out the sounds of the bush. 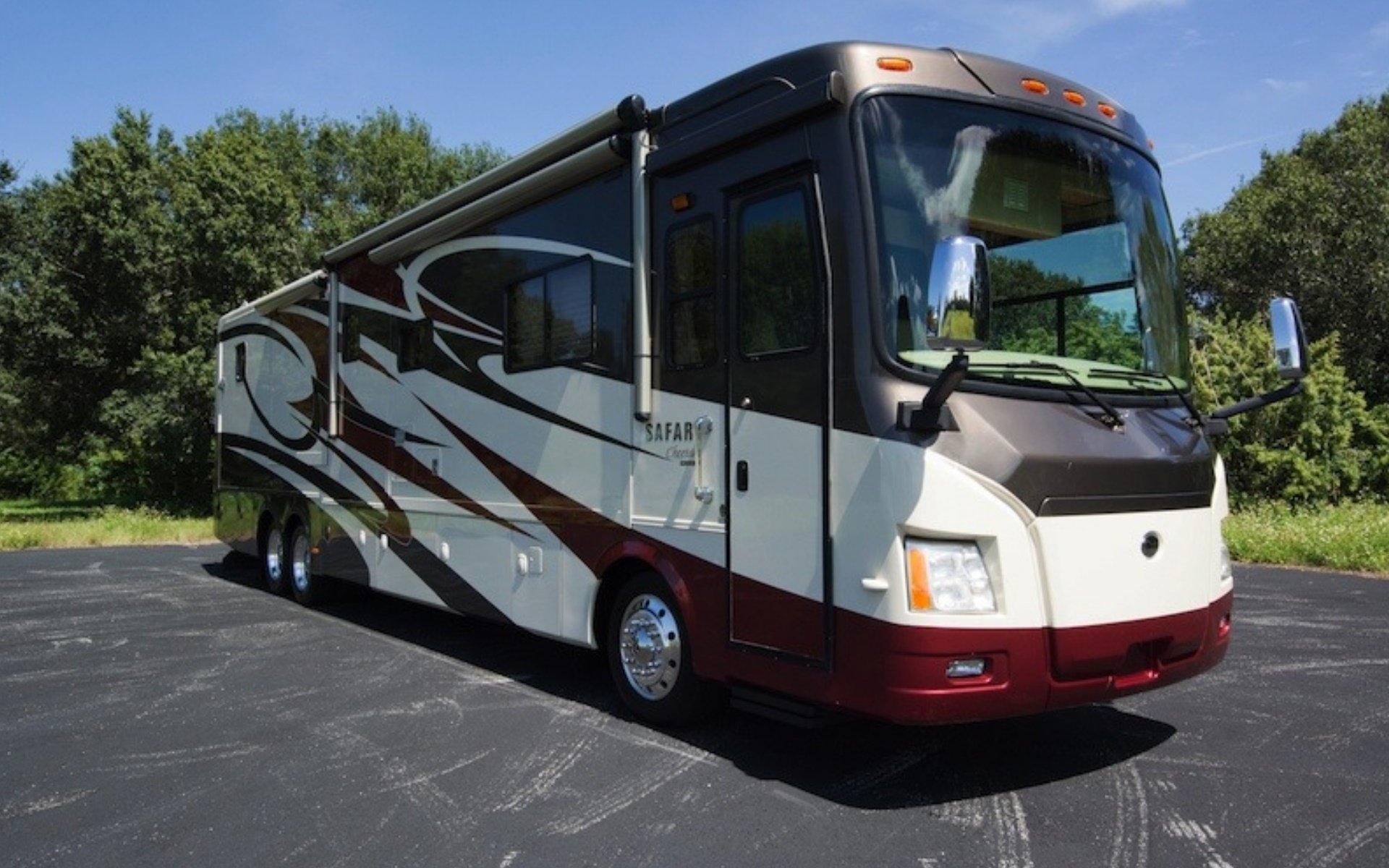 The Motor Coach represents the ultimate in future safari luxury. It combines elegance and convenience to make your on-road safaris an unforgettable experience. We are not talking about the ordinary motor coaches lined with rows of comfy reclining seats with folding tables, chemical toilets, on-board entertainment and WiFi access – we are talking about something that is a notch higher, much bigger, more luxurious. 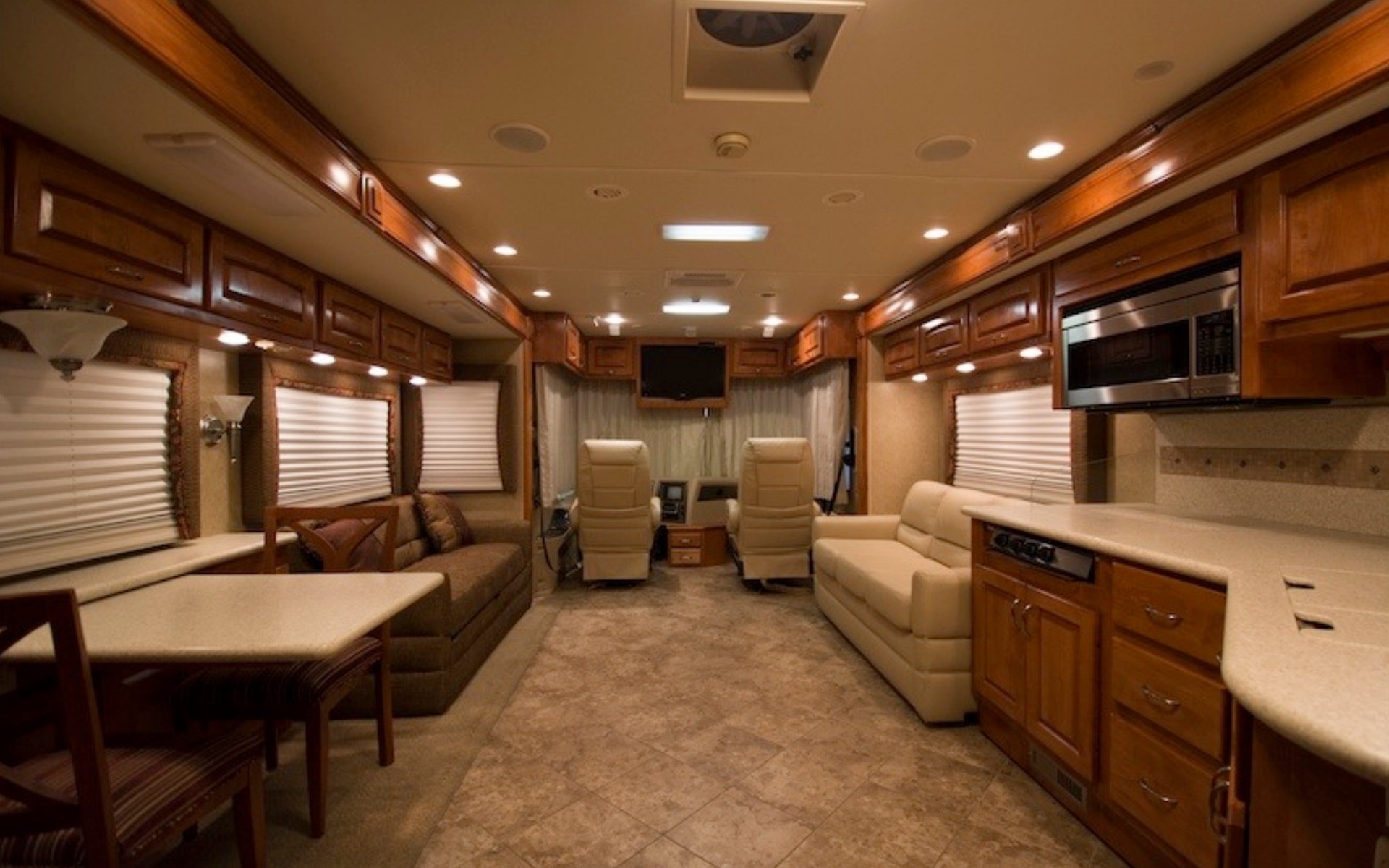 The motor coach we have in mind is a moving luxury apartment fitted with fine wood cabinetry, leather seating, marble countertops, a legless dinner table with folding chairs and the latest in communications and audio visual technology.

This coach has a full kitchenette with a 4-door fridge and ice cube maker, freezer and bar as well as the most comfortable on board washrooms on the road.

Doing laundry in this coach is as easy as throwing it inside the on-board washing machine. The LP Gas/Electric water heater ensures you always have a great, relaxing hot shower on the road.

Did we mention the comfy king-sized bed in the well-furnished bedroom with its own entertainment system? Yes, that is the Motor Coach we are talking about. Once you do a road trip on one of these coaches we are sure you will be talking about your experience for a long time to come. 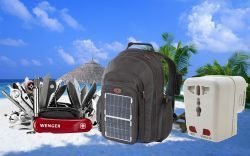 3 Gadgets Every Traveller on Safari Should Have 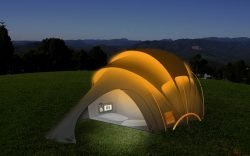 8 Tips to Help You Choose the Right Camping Tent 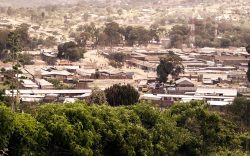 Maralal has more for the Traveller than She Lets out