3 Reasons to Stay in a Treehouse Hotel in Kenya

There is a growing trend in luxury accommodation today towards the treehouse hotel. History though shows that the habit of people preferring to live on trees did not begin yesterday – in fact, all that has happened over time is that the level of sophistication has increased.

Treehouses existed in the South Pacific and Southeast Asia, where people lived in them for security. They used thatched baskets that were raised and lowered down the tree trunk to enable them to move in and out of their tree homes.

In the Middle Ages, Franciscan monks began to use very basic tree rooms for meditation. The Hindu monks also lived in tree houses to ensure they were not distracted by the goings-on of the world while deep in meditation.

Many centuries later, the Renaissance period in the early 16th century brought a renewed interest in classical culture, and the treehouse became a must-have in Florentine gardens.

In fact in 19th century France a town called Plessy Robinson became famous for its treehouse restaurants, where stylish Parisians frequented for relaxation. The restaurants were built in chestnut trees and covered in roses. Meals were hoisted up to diners in a basket pulley and often consisted of roast chicken and champagne.

Today, just like in medieval times, the experience of staying in a treehouse is quite unique if not fairy-like and still largely associated with the class. Many African treehouse hotels today can shame their ancient ancestors though in beauty and comfort.

They are luxurious chalets nestled in Baobab, Leadwood, Mahogany or Marula trees, and come complete with sunken baths, four-poster beds and spectacular views of wildlife on specially constructed private decks.

Some of the treehouses allow you to roll out your bed on the deck for an evening under the stars with entertainment coming from the live orchestra of wild animals. Kenya has not been left behind in this new fashion trend.

When we first thought about it, we did not think we would get more than one example, if any, to share with you but we actually did get 3!

The idea was to provide a hunting experience in relative safety and comfort. From the original modest two-room treehouse, it has now grown into a 50 roomed outfit. The original structure was burned down by the Mau Mau during the 1954 Mau Mau Uprising, but it was later rebuilt, becoming the home of the rich and famous.

Princess Elizabeth and her fiancée, before she later became queen after her father’s death, is one such example. The hotel includes observation lounges and ground-level photographic hides from which guests can observe the local wildlife which comes to the nearby waterholes.

Ndovu Bonde Tree House hotel, in the Shimba Hills National Reserve, on Kenya’s coast, has two tree houses which are both luxurious and come with a Jacuzzi, four-poster beds, and butler service. You can roll your bed out onto your huge private balcony and sleep under the stars. If you leave a little sugar out, you may get nightly visits from bush babies. There’s plenty of wildlife nearby including an elephant sanctuary. 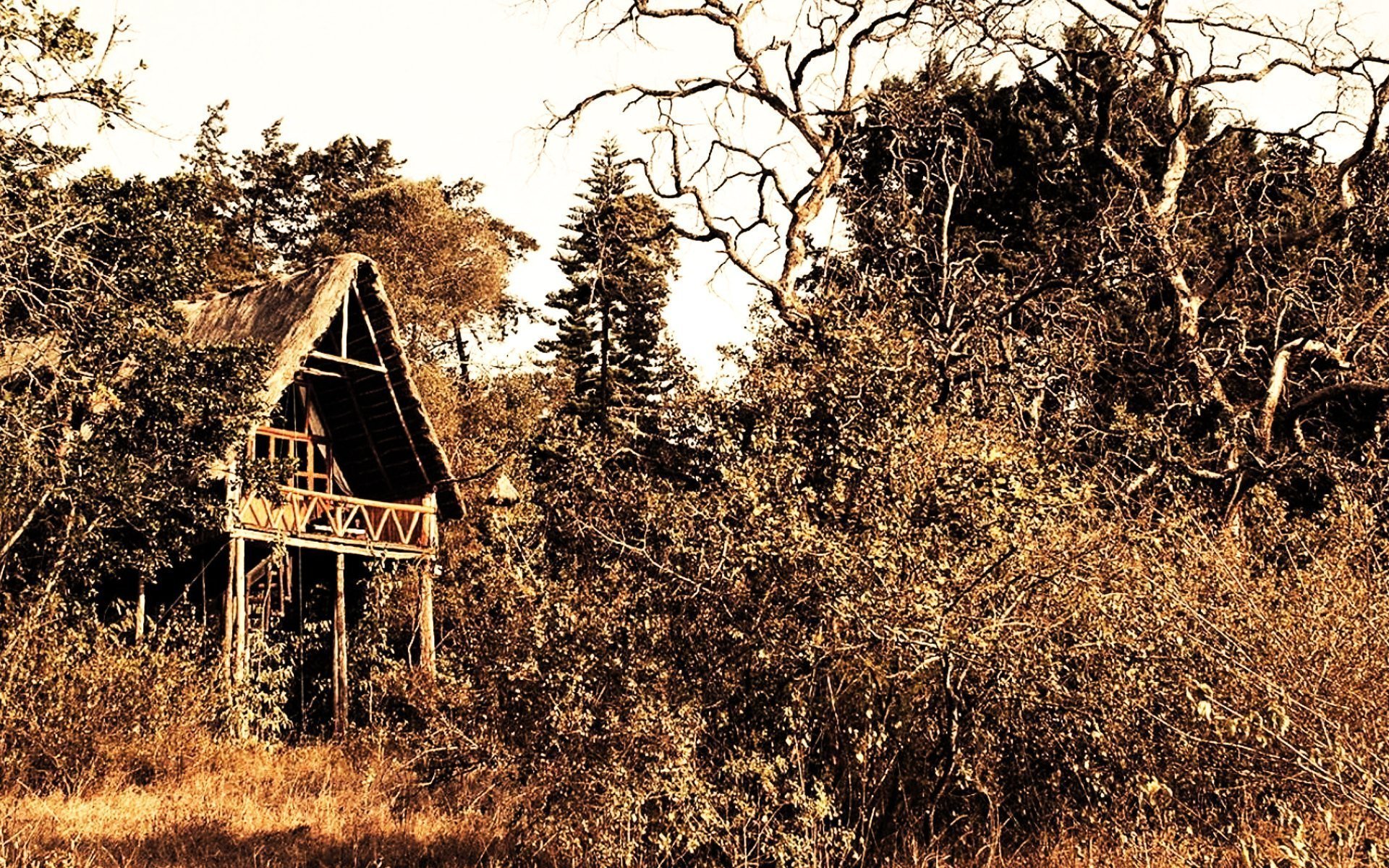 Ngong House offers guests 5 luxurious tree houses to choose from. Constructed about 15 feet off the ground, each treehouse gives you the feeling of being truly Out of Africa. Actually, the treehouse hotel is built on 10 acres of land bordering Karen Blixen’s coffee farm.

Owned and operated by a former Belgian diplomat, each treehouse offers stellar views of the bush and the famous Ngong Hills.

If there is a treehouse hotel out there we missed out on it. Do let us know.